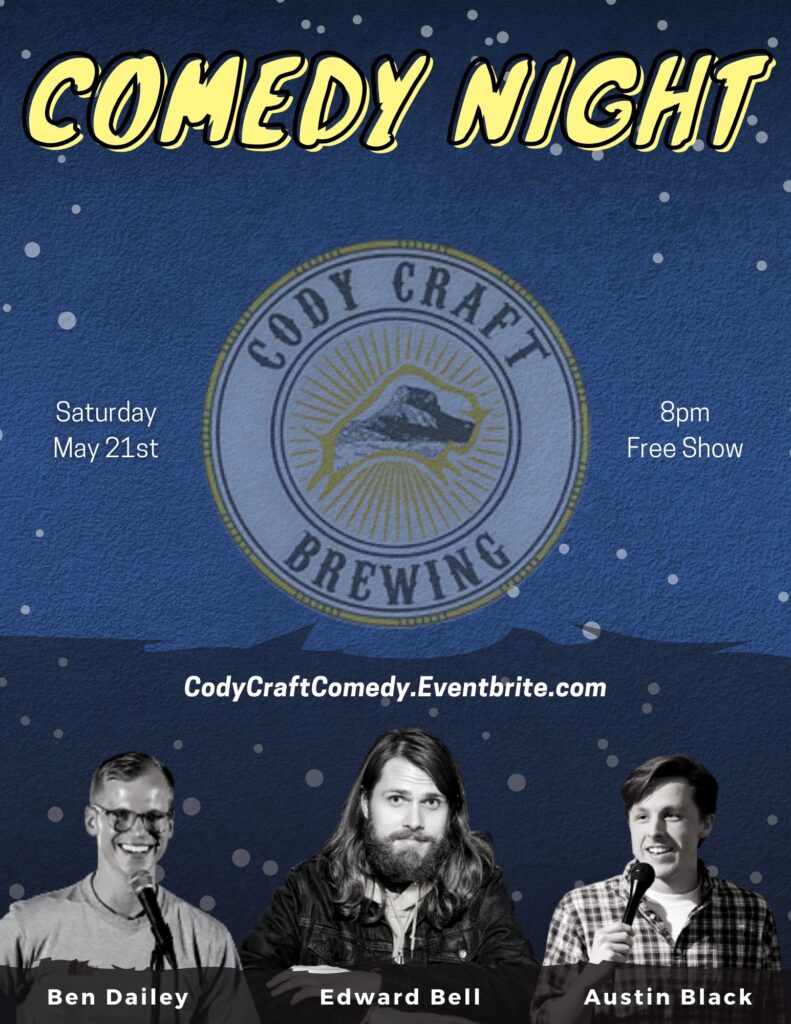 Enjoy your Saturday night with friends, drinks and comedy! Join us for a night of laughs at Cody Craft Brewing!
Looking to spend your Saturday laughing? Get together with your friends and come enjoy a night of stand up comedy at Cody Craft Brewing! Watch touring stand up comedians Edward Bell, Austin Black, and Ben Dailey talk about funny personal stories, interesting observations and silly thoughts.

Edward Bell is a stand up comedian based out of Denver, CO. He has written for the Hard Times. His short films have been featured at the Portland Comedy Film Festival and the Denver Fringe Festival. He was a winner in the Comedy Work’s Clean Comedy Search. He used to live in a van, but now he doesn’t. There were too many complaints.

Austin Black is a comedian originally from Iowa and now resides in Denver, Colorado. No one cares that in his six years of performing he has performed in multiple comedy festivals such as Denver Fringe, Floodwater, Green Gravel, and finished top five in the “Funniest Person in Iowa Contest” at Penguin’s Comedy Club.

Originally from the East Coast, Ben Dailey got his comedy start in Denver, CO. After living abroad and struggling to navigate a new country and a different language, Ben figured that telling jokes in front of a crowd probably couldn’t be any more embarrassing than accidentally telling a stranger on the street that he was pregnant.