Live Music at The Colonel: Joey Garland with Raquel Rae 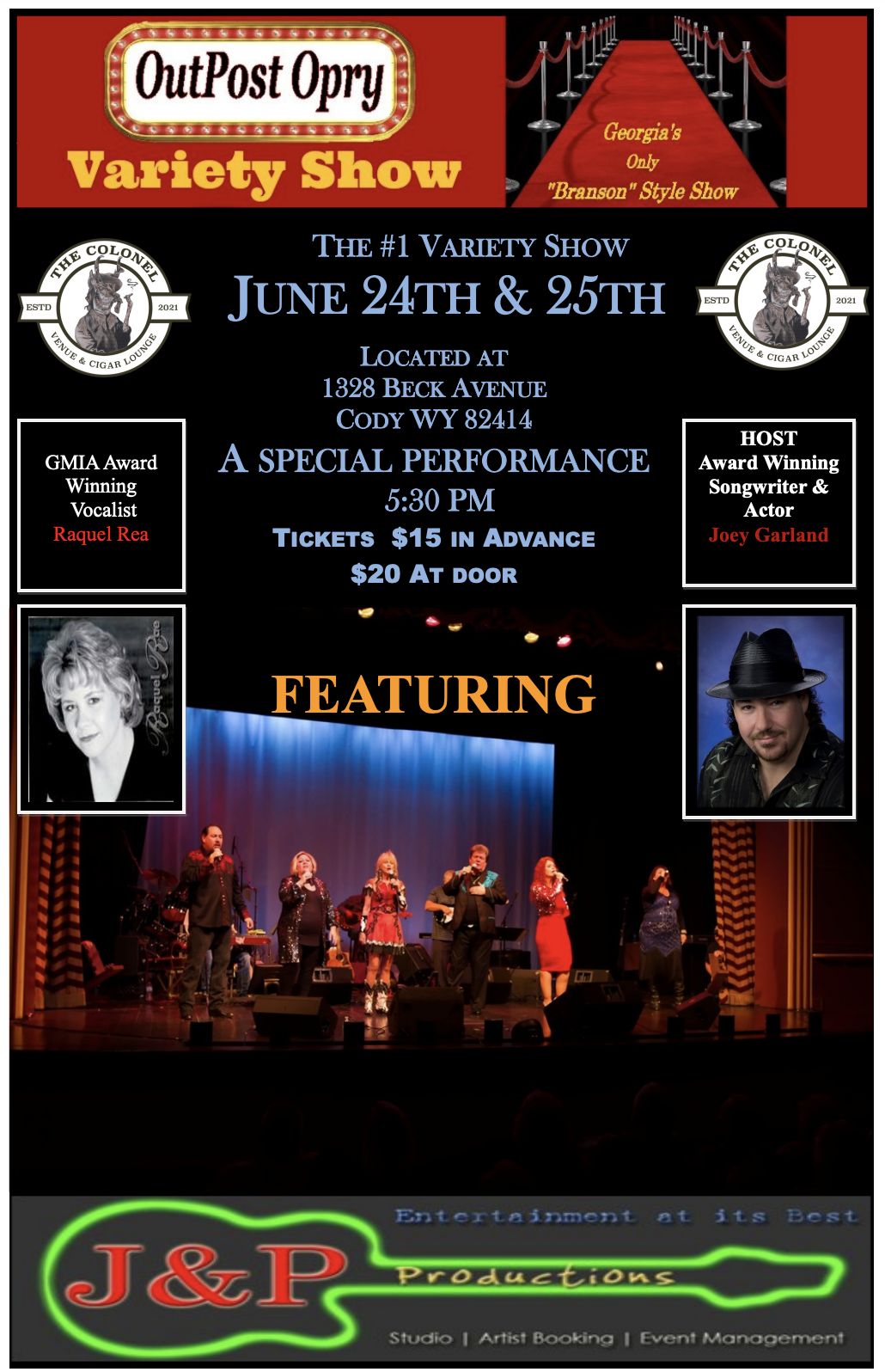 Joey Garland is an award winning songwriter who has had cuts by John Michael Montgomery, Clay Davidson, and Confederate Railroad to name a few. Joey is also a Producer of music and film as well as an Actor. His latest film “The Four Horseman” a western film has received over seventeen awards to date. His current project “Gunslingers” is in production now. Joeys Outpost Opry Variety Show has been performing across the country and has been in existence for 14 years. Joey has worked as a musician with national recording artist such as Doug Stone, John Berry, Johnny Paycheck and more. You don’t want to miss this performance.

Raquel Rae who is an award winning vocalist. Raquel is a Nashville recording artist recording for Epic Records where Lean Womack worked as a backup vocalist for Raquel in her recording project. Raquel’s power house vocals has created a demand for her as a vocal teacher. Raquel will definitely move your soul. This is something you don’t want to miss.