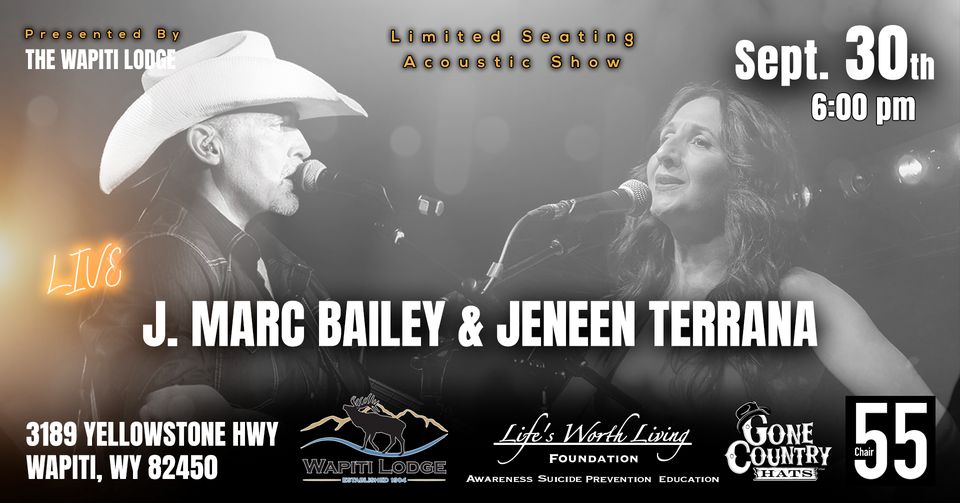 J. Marc Bailey, originally from Utah, now living in Nashville, embraces his western Cowboy roots with his love of Country Music. He has performed all over the US and has opened for and worked with Blake Shelton, Little Texas, Toby Keith, Miranda Lambert, Joe Diffie, Colt Ford, Restless Heart, Joe Nichols and Diamond Rio to name a few. You can hear his latest single “I Can’t Stop You” on major radio stations all over the country.

Jeneen Terrana is originally from Buffalo, NY, now living in Nashville. She blends Pop and Country Music in a perfect swirl of Kacey Musgraves meets Trisha Yearwood. She has performed all over the US and Europe with appearances on Food Network and BBC Radio and several other UK stations. Her new single “Tequila” is set to release to US radio in a few weeks and she and J. Marc recently released a song together earlier this year called “Soundtrack of our Lives”.