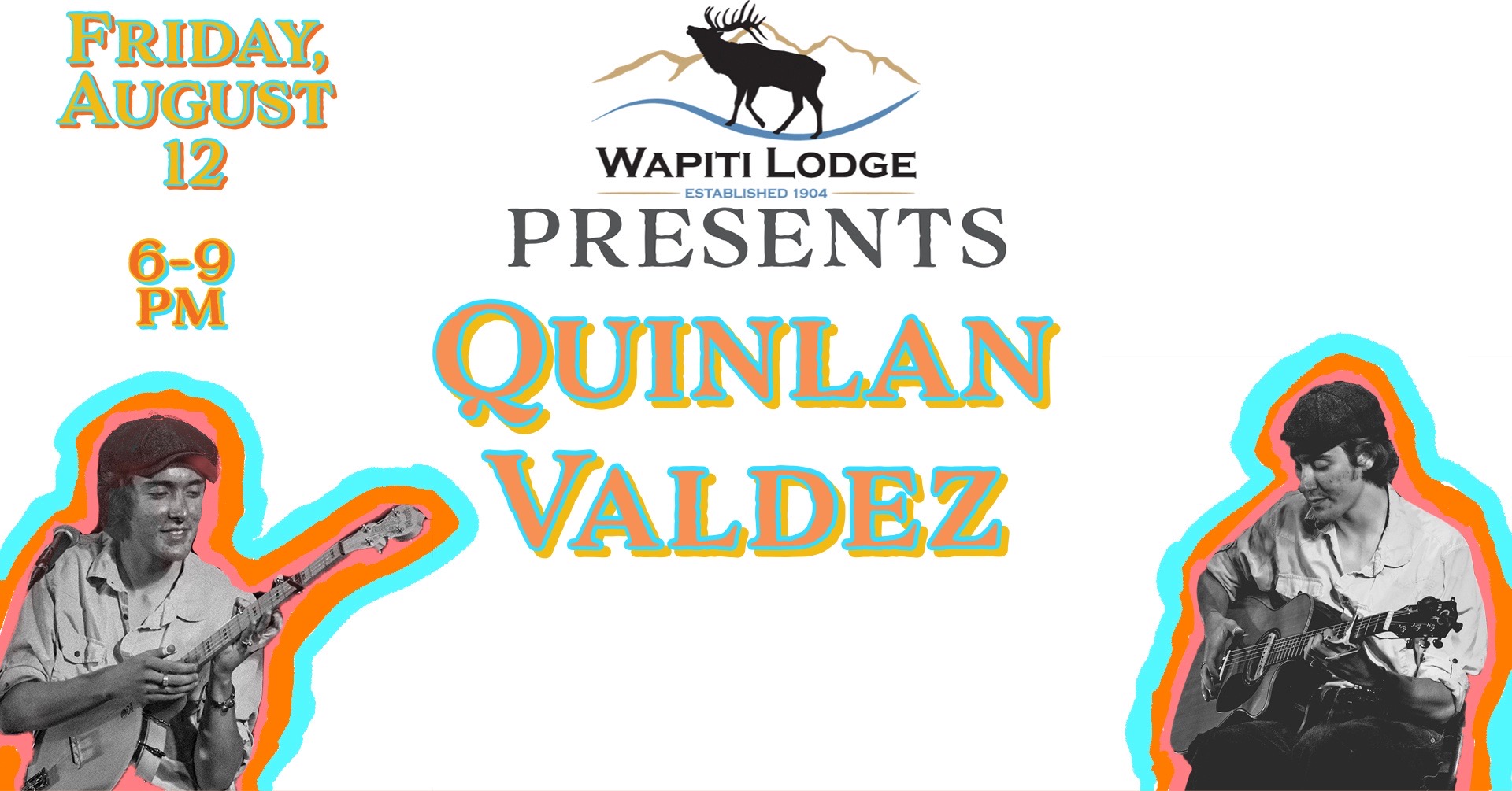 Join us for an evening of music with Quinlan Valdez.
FREE SHOW
6-9 pm

Born and raised in Wyoming, Quinlan’s musical life began in 2010 when he first saw local talent, Jalan Crossland, perform a show for Casper’s ArtCore program. Which lead to an expanding love for live music. Then eventually performing himself after learning the banjo and teaching himself the guitar.

After getting the hang of the two instruments Quinlan began writing his own songs and making his way as a professional musician. Listeners commonly relate his style to the likes of artists such as Bob Dylan and Cat Stevens while still realizing his own character.

Since 2018, Valdez has released two albums and one EP, has been played all across Wyoming, and continues to expand through neighboring states. He’s even been able to share a stage with Jalan and has been invited to Artcore.

For Quinlan, music is simply a way of life more than it is a job or career. Hopefully bringing a more profound performance to an audience.