The Future of Comedy Show 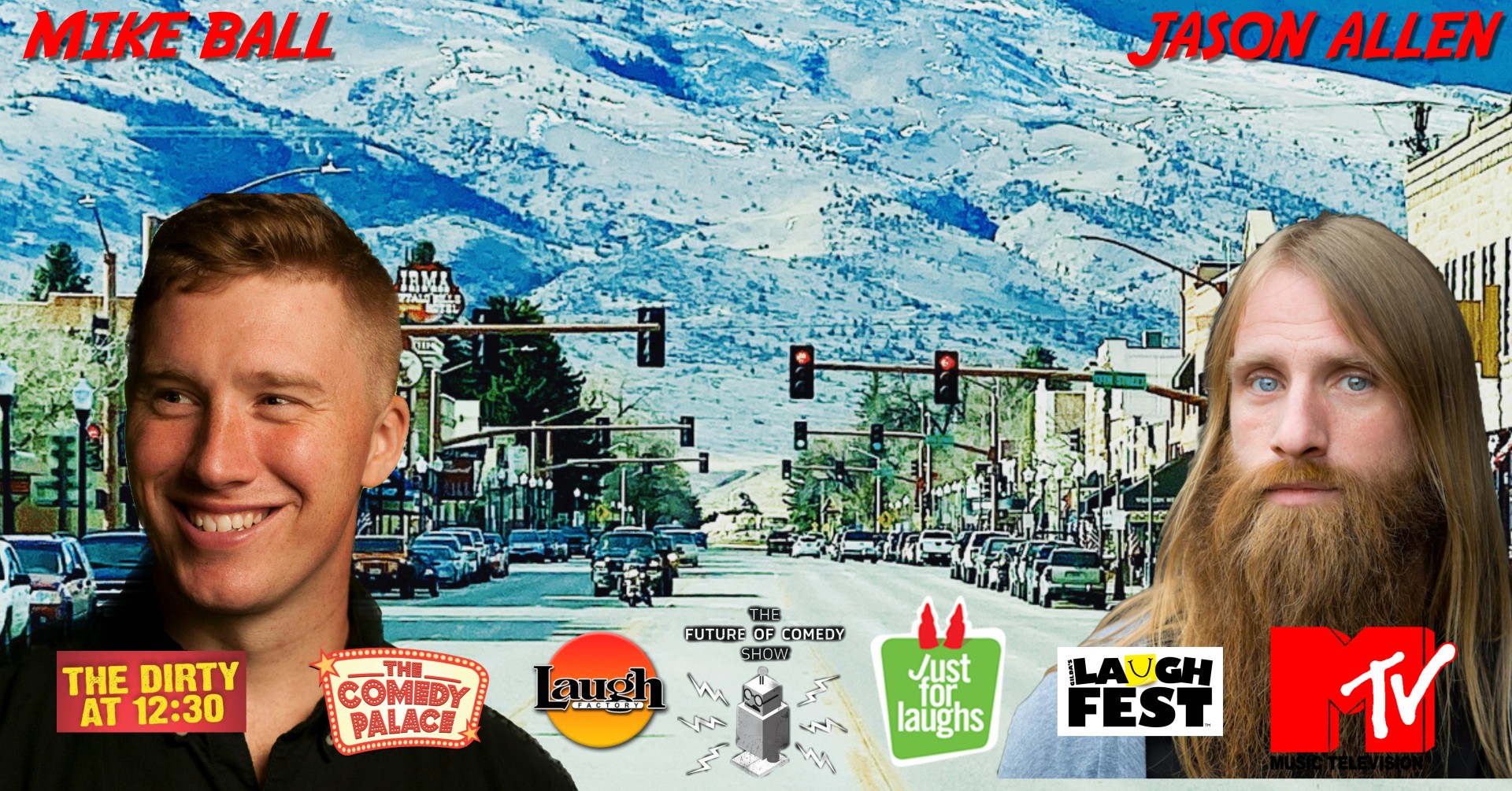 On this episode of The Future of Comedy Show we make our debut in the cowboy state with 2 nationally touring headliners, Mike Ball and Jason Allen with special guests Steve Kaz and Shelly Howls. Doors are at 7pm and show begins at 8pm.

Mike Ball Nationally touring headlining comedian, Producer of “The Future of Comedy show” OVER 500 Shows Produced, Winner of Best Event in Midland 2019, 5 Star Comedian and Top performer (Gig Salad). On FOX & NBC News for charity endeavors. Featured on The #1 show in Vegas, The Dirty at 12:30 and was just on The Zanies Nashville, All Star Show.

From Saginaw, Michigan all the way to Los Angeles California, Mike has been carving his way with his unique, in your face style of comedy. When he first started off he was as an intern for Pauly Shore at The World Famous Comedy Store. From there he started working regularly at the Haha Comedy Club. He did this all while living in the back of his Pontiac Aztec on Venice Beach. Mike has taken all of what life has given him, and turned it into a comedy act that can be described as tenacious. No two shows are exactly the same! At Mike’s show you can always expect crowd interaction, guitar improv, and hilarious stories about girlfriends, family, and friends!

Mike has had the chance to open up for comedy legends Ralphie May, Dave Landau, Norm Stulz, and Rob Little just to name a few. Currently, Mike is producing the comedy series “The Future of Comedy Show” which is featured in venues across the United States.

Jason Allen is a comic from Hamilton Ontario who travels all across North America. Jason has accompanied such headliners as Tom Segura,Brian Posehn,Kevin Pollak and Jeremy Hotz. He has also opened for MTV’s Jackass Canadian tour and The Trailer Park Boys Canadian tour. Jason has been featured on Just For Laughs 42 and Sirius XM. With his fast paced confessional style Jason Allen will be a comic to watch out for in the future.

Steve Kaz- Aggressively hilarious, charmingly cheeky, and undeniably talented, Steve Kaz is a young comedian who’s been performing around the Midwest since he was 18. He was the Detroit Roast battle winner of 2021 and has performed all across the country on stages like The Comic Strip, Mark Ridley’s Comedy Castle, and The Denver Improv. Steve’s high-energy comedic style will be sure to leave you rolling in your seat.