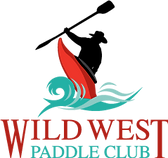 Come listen to Morsel a five piece jamgrass band out of Denver. Food trucks and a beer garden will be available.

​“Morsel is a five-piece jamgrass band hailing from Denver, CO that mixes classic bluegrass sensibilities nuanced with a more traditional rock edge, resting in a warm balance of old-school string dusting and nu-school improvisation. Since forming in CU Boulder back in 2016, the band has cultivated a robust following throughout the Front Range, born from sets at pubs and breweries and growing exponentially to headline shows at legendary venues, such as The Boulder Theater and The Fox Theater, and to share the stage with nationally touring artists, such as Yonder Mountain String Band, Horseshoes and Hand Grenades, Molly Tuttle, the Kitchen Dwellers, and many more. Morsel’s debut self-titled studio album (produced by Chris Pandolfi of the Infamous Stringdusters) released in September of 2021 illustrates the band’s powerful songwriting that is its true soul: a cornucopia of catchy hooks, shimmering melodies, and thoughtful lyrics all delivered in a package that will make the most ardent bluegrass skeptic a believer.”